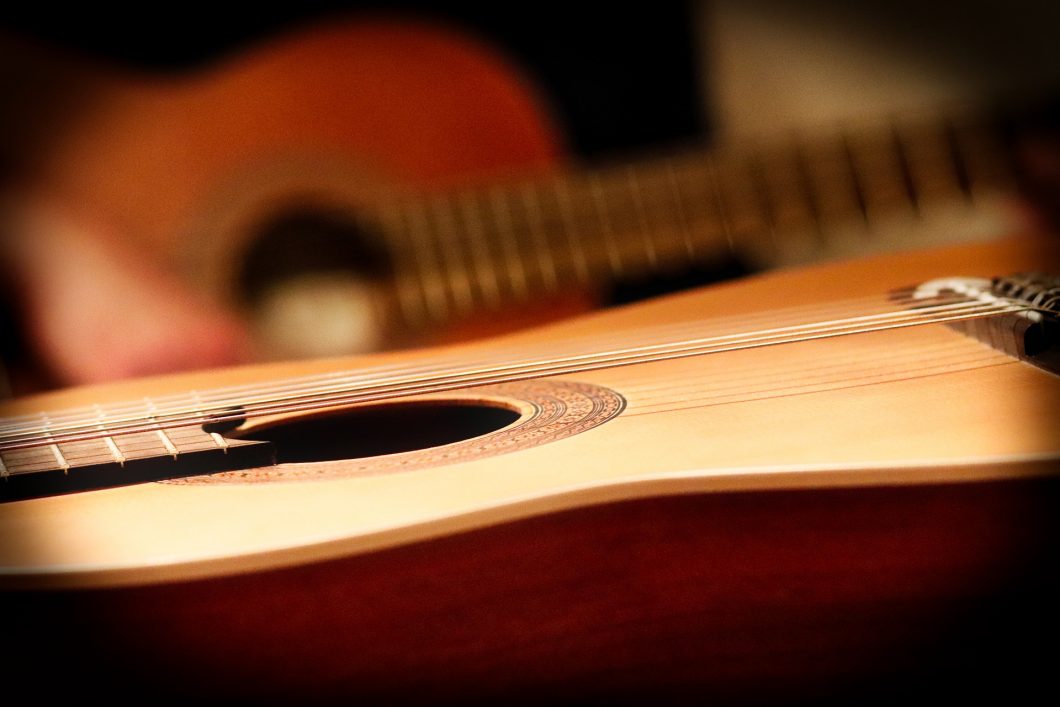 A guitar which is quite widely categorized into the category of stringed instruments, further has sub divisions. While the structure and working of these are quite often the same, knowing about the types of guitar is a vital step for someone who is a beginner and is in the first few steps of figuring out the type of music they would like to play.

Similar sounding sharing the same first name, the history and origin of these guitars is of great interest.

While putting them against each other pointing out the better qualities out of the two is a hard task, this article aims at helping you in figuring out what type of a guitar would be a better fit for you, best suited for your style of playing.

What is a Telecaster?

A telecaster is the type of guitar that is made out of alder, ash, poplar, pinewood etc. The shape of this guitar, unlike the normal guitar that people are familiar with, is asymmetrical in nature. Its structure can also be classified as stating that it is a solid guitar with a body that has a single cutaway.

For further distinct features we note that, different parts of this guitar are made of different kinds of woods. As stated below

History of the Telecaster

The Telecaster was first designed and made by ‘Leo Fender’ in Fullerton, California in the year 1950. While the period between 1932 – 49 saw no significant progress towards building a solid guitar, Fender was the first one who came out with a breakthrough.

Fender was originally what one might call, an electrician. He owned an electronic repair shop where he then began to experiment and build something that would revolutionize guitar for the world, forever.

His first prototype was actually quite similar to the types of Telecaster guitars that we see today. It had most of the qualities and by the standards of that type, was a good example and inspiration for today’s products.

In 1950, when it was made, a single pickup prototype came to be which was originally named as the ‘Fender Esquire’, even though the single pickup product was later discarded and the double pickup one was brought into use, and existence.

Importance of a Telecaster

The Telecaster plays a lead role in revolutionizing different types of music. Some of these include music from the genre of Rock and roll, funk and country. This guitar changed the ways of musicians forever as it was the first of its type.

The way it was constructed in a solid format, gave the players an option to use it as a lead guitar and play loud. Alongside that, its solid design also made it more sustainable which meant that it could handle stress and pressure.

Some musicians that use the Telecaster

What is a Stratocaster?

Another subtype in the category of guitars, a Stratocaster is a double cutaway guitar. Even after having a cut-out at each side of it, the guitar is still asymmetrical in nature. It has distinctively an extended horn which helps to balance it out and provide support while playing.

The body of this guitar is carved out of different woods. Each part is made out of a different type of wood. As stated below

History of the Stratocaster

It had distinctive features such as a contoured solid body, with double cutaways designed purposefully to make playing and positioning the guitar more comfortably.

The first ever made model of the same had a body made out of Ashwood. It had twenty-one frets on the fretboard and was sleek in design which while gripping, felt easier on the hands. From the very beginning, it was made with a three-pickup design.

The original model did undergo many changes, big and small over the years. The model that is available now, is a result of all those modifications made with time, that made it more convenient of an instrument to play.

There are many guitars out there which when played, offer distinctive sounds and features. Focusing back to the point of there being multiple such guitars brings me to how a Stratocaster is quite significant.

Not only does it have a comfortable and easy to work with design, alongside that, it has an excellent range and diversity in its way of playing.

The changes made and added to it over the years has done nothing but made it more adaptable, easy to play and added in features that make it a great choice for those, who are looking for more in less.

As the Stratocaster guitar is in possession of a tri-pickup style, it offers 5 sounds which is pretty much the highest range offered by any type of guitar out there.

If you have been playing this instrument for a while, you must be aware of the term layering. While other guitars are not the best option for this niche, a Stratocaster perfectly befits the role and gives the player a chance to layer up sounds to belt out the perfect melody.

Some musicians that use the Stratocaster

Telecaster vs Stratocaster: What’s the difference?

While it is difficult to term which type of guitar compares better and is a better option out of the two, the given article makes clear how each of these are better suited for different things.

Learning to play a guitar is yet the easier part. Deciding the type of guitar, you want to play or would like to choose as your lead instrument is harder still. Like two sides of a coin, both Telecaster and Stratocaster have their own fair share of differences but, better still, they are the part of something similar as they both help you in producing music as per your choice.

Both these guitars share the name Fender which they acquire from their inventor. Both of these inventions are a gift to the music world.